Fantasies that sometimes make you laugh …

Fantasies that believe in fairy tales! ‘

Vasco Rossi and Fiorentina of the 1998-1999 season: a pair that travels strangely on the gambling track, especially in the face of Inter’s Inter faith of the “Blasco”.

However, if you think about it, there is no better song than “You imagine” to summarize the beginning of a historic year like the lily one.

The absolute protagonist (needless to say) is the first Viola by Giovanni Trapattoni: strong, solid, ambitious.

The President Vittorio Cecchi Gori, in fact, spared no expense during the summer transfer campaign to fulfill the requests of the former multi-titled coach of Juventus, Inter and Bayern Munich.

The common goal, although not heralded to the four winds, is as clear as a cloudless sky: that is to bring the championship back to Florence 30 years after the last time. 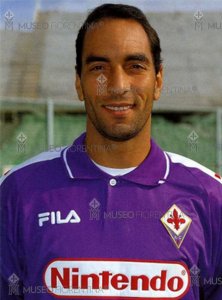 After all, “Trap” himself has a debt to pay towards our city, after having led his bitter rivals from Juventus to the conquest of a title that still cries out for revenge on the banks of the Arno.

We are talking about the 1981-1982 championship: that of the famous “Better seconds than thieves!”; a slogan inaugurated on the occasion of the last match of that season, between canceled goals (see Graziani in Cagliari-Fiorentina) and no penalties (Brio’s elbow against Borghi during Catanzaro-Juventus).

Now, however, it is no longer the time to joke … at least on the pitch.

In fact, what happens outside the pitch is part of the typical and hilarious “trapattonian show”.

Gabriel Omar Batistuta knows something about this, who remained in the purple jersey thanks to the charisma and sympathy of the coach from Cusano Milanino.

“The more woods you turn, the more wolves you find!”: a joke in full Florentine spirit with a goliardic and, silently, ambitious flavor.

The start of the lily season, however, is noisy and spectacular, with three victories achieved in the first three days of the championship!

The “cousins” of Empoli (2-0 at the Franchi), the mangy Vicenza (1-2 in Veneto) and the powerful Milan (spectacular hat-trick by Batigol and splendid 1-3 in the temple of San Siro).

It is precisely this latest success that unleashes, in particular, the wildest fantasies of the viola fans: on the other hand, it is impossible not to dream when you are first in the standings.

A position to defend tooth and nail, despite everything, everyone and even the Uefa Cup.

Something magical and, at the same time, almost “annoying” in the presence of our hunger for the flag.

Not easy, in fact, to resist the Croatian bedlam of Split and snatch the qualification for the round of 32 from the fearsome Hajduk.

Strong emotions and precious energies stolen from the fourth stage of this fascinating series A.

Sunday 4 October 1998: Fiorentina-Udinese will be played at the Artemio Franchi stadium.

Above all because Francesco Guidolin is at the helm of the Friulians: a coach who, thanks to his competence and “friendliness to the skin”, has always created several headaches for us.

So it is this time too, unfortunately.

The viola score, at least on paper, is the best possible: Francesco Toldo has the task of guarding our door; Manuel Rui Costa, on the other hand, was entrusted with the direction of the lily orchestra in the middle of the field; for everything else (intended as the final realization of what has been created), finally, the great “Lion King” Batistuta thinks about it.

Today, however, Gabriel’s “machine gun” appears to be jammed and the matter becomes more complicated than usual.

Blame the thick black and white cobweb (imbued with quality and solidity), the enormous efforts of Split and a tearful sky like few other times.

The rain, in fact, does not give respite to the match, making our and our opponent’s actions a real leap to the heart.

Strangely, the only footballer who seems indifferent to all this is Edmundo: the human incarnation of the famous Brazilian saudade, full of hot beaches and endless carnivals of a thousand and one nights. 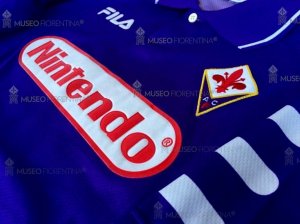 A scenario projected beyond all time and imagination.

In fact, between one puddle and another, we are chasing a fundamental victory for our immediate future.

The game flows on the tracks of balance and hypertension, especially in the second 45 minutes of play: if Bachini (pole) and Sosa (Toldo’s miracle) make us tremble badly, our Oliveira literally makes us explode, reiterating on the net Turci’s rebound on Edmundo’s dry shot.

The line marker waved a millimeter offside to Lulu, not to mention almost non-existent: the Belgian didn’t believe it, rolled his eyes and “invited” the match assistant to be examined by an optician.

Prudence, at this point, would suggest not to force your hand too much to avoid a possible mockery.

However, it is precisely from these situations that we understand the real greatness of a team.

All the more so when a little dream is right there at your fingertips.

We have reached the final moments of a literally “bogged down” match.

Edmundo takes the ball in midfield, begins to dance on the wet grass and flies towards the Curva Ferrovia … quick exchange with Rui Costa at the edge of the Friulian penalty area and excellent response from Manuel, who places the ball on the fairy right foot of the Brazilian … Edmundo controls the ball and tries the solution of force … powerful shot under the crossbar and Turci, magically, beaten … the roar of the stadium is thunderous and unforgettable … Cecchi Gori himself lets himself be overwhelmed from the emotion, mounting above the balustrade of the grandstand to applaud his bizarre jewel in a riot of purple hues … Fiorentina-Udinese 1-0! 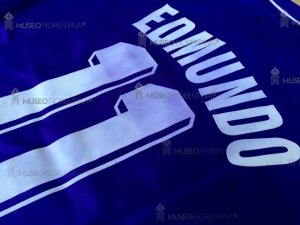 This is how, after four days of the championship, Florence leads the entire Serie A alone with full points: a truly crazy emotion for an unforgettable day of tears, rain and carioca samba.