We have seen how the production and distribution of cards for footballers began in the 1920s. Initially it was mainly the confectionery companies (Zaini, Davit and others) to use them as a promotional means, but the cards were also distributed by companies producing pencils and magazines such as “Guerin Sportivo”.

After the debut of the Fiorentina cards on the occasion of the National Division of 1928-29, we do not have in the next two seasons, played in Serie B, cards of the players or the team.

They were two fundamental championships to build Fiorentina’s future.

The disastrous 1928-29 championship had made Ridolfi understand that it was necessary to definitively get out of the management and organization methods that had characterized Libertas and Club Sportivo.

One of the first acts was the adoption of a new social color, Viola, in September 1929, instead of red and white. In the 1929-30 season the Gigliati took the measures to the B series, finishing fourth. Fiorentina won the championship the following year.

The Viola team is the revelation of the championship, coming fourth with Petrone top scorer together with Angelo Schiavio. And there is no shortage of cards dedicated to Fiorentina.

These are two cards of the Automatic Scales 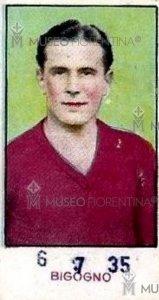 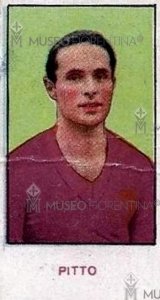 These, on the other hand, are produced by the Il Domani d’ Italia graphic factories. In the Album, thecards were probably fixed by heat directly from the Publisher (the cards are not placed in order of formation). 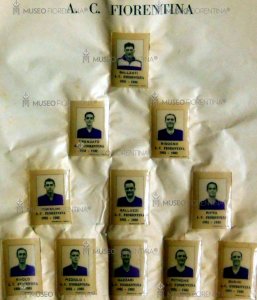 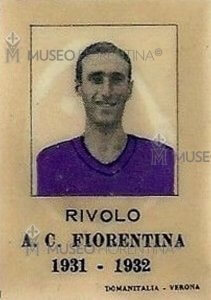 This, however, is another figurine that depicts Alfredo Pitto. The edition is unknown, the measures are 3.7 x 5 cm. 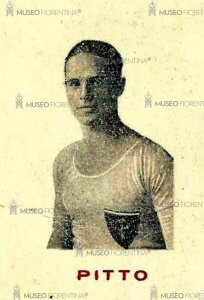 Also in this case it is an unknown edition depicting the great purple midfielder Mario Pizziolo who will become World Champion in 1934. The dimensions are 3.5 x 4.8 cm. 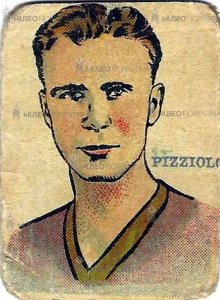