The publication of the stickers dedicated to Fiorentina continues and our invitation to report errors and any inaccuracies continues. Send help with material, information, news by writing to info@museofiorentina.it

Italy is a destroyed country, but once the war is over, life resumes and with it the football championship.

The formula used in 1945-46 was that, also due to travel difficulties, of a national tournament divided into two groups North (Serie A Alta Italia) and Center-South (Mixed Group AB), the first four classified of the two groups they participated in the final phase which was won by Turin.

At that time there were no companies dedicated to the production of stickers and it was Fidass, a confectionery company in Serravalle Scrivia that produced a series of footballers, eleven for each Serie A team. The stickers, which had a 4×6 cm format. , were given free with the candies and gave the right to participate in a competition with rich prizes as described on the back of the same. 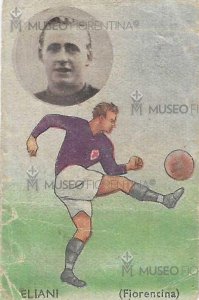 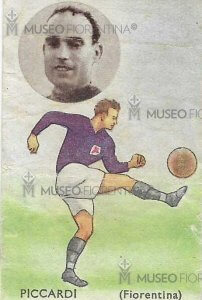 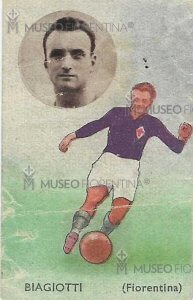 Fiorentina, reconstituted in 1944 after the Liberation of Florence, was included in group B. The team, coached by Bigogno who was replaced by Guido Ara at the beginning of January, presented itself as one of the favorites, but did not keep expectations: it arrived fifth, failing to qualify for the final stage. In the stickers above three protagonists of the purple life: the full-back Alberto Eliani, the other full-back Carlino Piccardi, the boy from Campo di Marte and the striker Aldo Biagiotti who, after the footballer’s career, was (universally known as the ” Pecca ”) the biggest observer of the purple society. 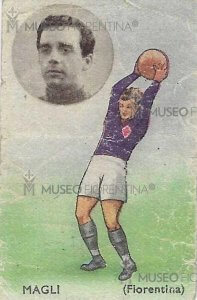 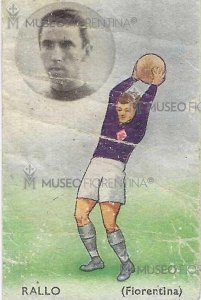 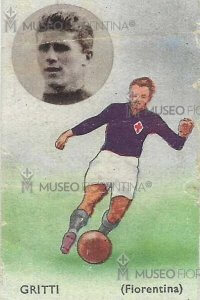 The midfielder Augusto Magli arrived at the 18-year-old at Fiorentina in 1941 and remained, except for wartime, until 1954. Duilio Rallo, Venetian midfielder, played four championships in the purple jersey. Mario Gritti, a versatile striker, arrived from Inter that season and played for two seasons with the lily jersey. 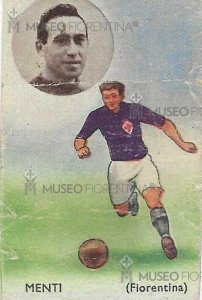 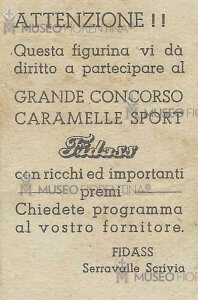 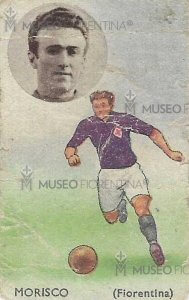 Romeo Menti, owned by the Grande Torino, returned to Florence, where he lived, starting again to play with the purple shirt. He was the ace of the team, while Pasquale Morisco, who arrived at 19 from Bari in 1939, a midfielder often also deployed to the winger, was sold at the end of the 1945-46 season.