Gabriel Batistuta, or The Lion King. Already the nickname of the strongest striker seen in Florence, who always gives his best on the pitch and dedicates the best years of his career to Fiorentina, leads us to the world of entertainment, in this case to the great Disney cinema. 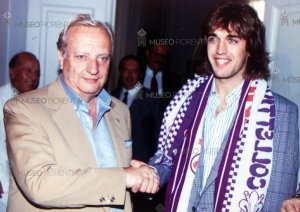 It is known, in fact, that The Lion King (“The Lion King”) is a very famous animated film of 1994 (and it is in the 1994-1995 season that Batigol scores for eleven consecutive championship days!), Directed by Roger Allers and Rob Minkoff, produced by Walt Disney Feature Animation and distributed by Walt Disney Pictures. With a phenomenon like him there can be no half measures. If cinema has to be, heart and head can only turn to another big that can’t be bigger: Disney, what more can we say? 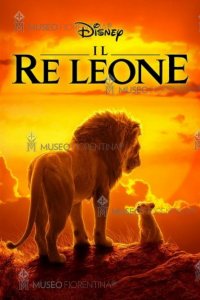 But with the bomber of Reconquista (another name with which he is often referred to, from his Argentine hometown, where – for the record – the children’s writer Laura Devetach was born in 1936), he soon crossed over into the field of literature: the Florentine actor, director and writer Andrea Bruno Savelli, a great purple fan, even dedicates a novel to Batistuta, simply titled Nove.

It is 2002, the Lion King has left Fiorentina for two years, but such a great love does not end, it cannot end. Savelli’s book is “a dreamlike delusion that only a Fiorentina fan could imagine. A surreal, pleasant and fun journey into the life of Tommaso, a young man tormented by love, work and, of course, Fiorentina. «In the summer of 2000, when Batistuta announced that he was leaving Fiorentina, many fans declared that they would have preferred to be left by his girlfriend. But what happened to the one who was left by both of them? ” asks Andrea Bruno Savelli, who in the book tells the adventures of Tommaso, who discovers he is becoming a father and at the same time finds a job and a lover and always wears the purple number 9 shirt under his shirt.

A passion that becomes fixation, madness, when Tommaso is forced to move to Rome. To the point of making him imagine he will meet Batistuta at Fiumicino airport the day he has to sign his new contract. A book that is above all a tribute “(G.C., ‘Nove’ by Andrea Savelli dedicated to the great champion,” La Repubblica “, January 2, 2002). 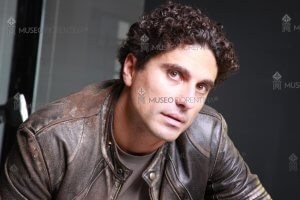 “The love of Florence – I write myself in my book Firmamento Viola (Romano Editore, 2012) – is immutable over time. Just look at how many tributes the purple web offers him every year for his birthday: social networks fill up with his goals. We see them again: the chills do not go away, on the contrary, they rain from its star. In the presence of such a film library of networks, what are words for?”. A film library of networks, a wonderful episodic film to admire and admire again … it would never stop! In fact, many emotions and wonderful memories that some of these goals manage to evoke. And not only in Florence, but also, for example, on the other side of the Channel…

This is the case of the Londoner Ashley Hutchings, one of the fathers of British folk-rock, founder of bands that have become legendary. His first group is that of Fairport Convention, who began their musical activity in rock in the second half of the sixties, playing alongside bands and musicians of those years, such as Pink Floyd or Jimi Hendrix. He then discovers British popular music, which he reinterprets with electric instruments, a musical experience that no one has ever tried before: this is how Fairport Convention became the first British folk-rock band. It is 1968/1969 (coincidentally, the year of the second purple championship and the gestation and birth of little Batistuta: is our bass player predestined?).

At the peak of the parable, Hutchings founds another great group, the Steeleye Span, whose repertoire is also of British folk-rock music. It is another success. And then other bands, such as the Albion Band and the Rainbow Chasers, the ‘rainbow hunters’.

So, this great English musician has been a great Fiorentina fan for years. But how was your passion born? He himself replies in an interview we did with him a few years ago: “Together with my son Blair, we started watching Italian football on English television and the first team we saw involved in a match was Fiorentina. We immediately fell in love with Gabriel Batistuta’s purple shirt and goals, so we said to ourselves: ‘We will cheer for Fiorentina!’. My son and I are the most fervent supporters of Fiorentina in England. We love this club, the players, the fans, Artemio Franchi ‘, Florence! We are the biggest viola fans!”.

To the point that, in concerts, Hutchings often wears a viola shirt and hat. Given these past, when, in 2004, the musician performed at the Antella Theater, in Bagno a Ripoli, in the context of “the Facciamo Canzone event”, the vice president of the Viola Club ‘Niccolò Galli’ Mauro Sani gave him the membership card club fee. To follow, concert with … purple shirt and hat! But he does not wear it only when he takes the stage in Florence and its surroundings: take a ride on the web and you will see that he does it more often than you think. 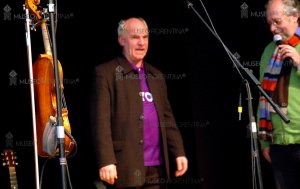 Power of Gabriel Batistuta, explosive force capable of involving hearts even from the distant and icy television screen and a sensitive and in turn moved man, as happens at the Hall of Fame of the 2014 Florentine Museum.

A quick final overview of the Internet Movie Data Base (IMDB), one of the most updated and reliable telecine databases worldwide, which I will often mention in this column. IMDB gives us a filmography of the Lion King full of real participations, not just inspirations or suggestions!

In fact, 39 of his television and film appearances in series, documentaries, short films and various programs. We remember, above all, a documentary, the recent, beautiful, El Numero Nueve, of 2019, by Pablo Benedetti, produced by Sensemedia and, associated, Mirror and Sartoria dell’Immagine (director of photography Niccolò Francolini, editing Alessio Focardi, music original Silvia Nair Viscardini), available on Amazon Prime Video, Sky, Chili and Home Video in all stores. El Numero Nueve tells the life and career of Batistuta, as we read on the official website, “from the dawn of the legend until its consecration. 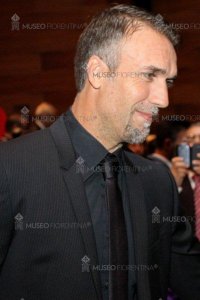 In between the sacrifices, the training sessions, the trophies won with the clubs and the national team but also his family, his choices, a unique, introspective narrative, which tells for the first time, even to himself, what he experienced before to be the champion everyone knows now”.

When you say Batistuta – on the pitch, in the cinema, in memories, in books, in the ignition of passion – you have said it all. Myth.