Viola Creativity  is a space in which we will tell the story of the Viola team through its presence and impact in the world of creativity: cinema, music, theater, books, art, perhaps even more …

The history of Fiorentina is an integral part of the history of Florence and is intertwined with the characteristic and quality that the whole world has always recognized in the City of Giglio, the culture.

We will try to reconstruct an imagine as broad and complete as possible of the combination of all the aspects of creativity and Fiorentina. Just Viola Creativity…

For a great start, we chose our flag, the Unico 10, Giancarlo Antognoni, or simply Antonio.

We do not discover anything new by stating that it is his style of play, the field that, as if by magic, opens up in front of him, the stride, the dribbling, the millimeter throws, the elegance of the step and the passage, the shot powerful and precise, to bring his football back into the sphere of the purest creativity.

Isn’t he “the boy who plays looking at the stars”? (I used the present on purpose: for the Viola fans it was not, it is!) A phrase, the fruit of Sandro Ciotti’s imagination that introduces our champion into the world of the highest creativity.

Among the many possibilities, he reminded us of the title of a film by Oscar winner Giuseppe Tornatore, The Man of the Stars (1995).

Giancarlo Antognoni has participated in several feature films, some of the documentary genre, others of fiction, making his own face and personal story available for the story of Florence and Fiorentina, but also as pure fun, to reveal a self-deprecating side that, given its proverbial and refined confidentiality, probably, without the cinema, it would have remained obscured.

The debut in front of the camera took place in 1998, with Lucignolo, the first feature film directed by Massimo Ceccherini. Antognoni plays one of the jurors of the ‘trial’ that is narrated there.The other is Paolo Rossi. The judge is Gino Menicucci, the prosecutor Flavio Bucci and the defense attorney Tinto Brass. 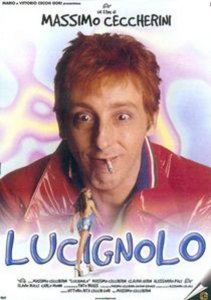 In short, even by the actors, it is what is defined as a small divertissement, extending the purely musical meaning of the French term to a more joyful and playful meaning.

Antognoni and Rossi appear with elegance and nice and positive nonchalance – in short, like world champions! -, in all four ‘episodes’ of the judicial nightmare in which Lucignolo (obviously Massimo Ceccherini) finds himself asleep. Behind them, the watchful gaze, in the photo, of Enzo Bearzot. For the record, the final scene of the film, with Ceccherini together with Claudia Gerini, is shot on the mantle of the “Artemio Franchi” stadium.

A decade later, Antognoni plays himself in another comedy, The coach in the ball 2, directed by Sergio Martino in 2008, in which Lino Banfi makes the sequel to himself as the (for some) legendary Oronzo Canà. The purple champion is in excellent company with other great players and / or coaches who also play themselves

In 2014, the film by the Florentine Marco Daffra Uscio e bottega was released, a feature film based on the book Once upon a time Porta a Porta, by the Florentine actor and author Brunetto Salvini, a work also for this reason very connected to the city territory and to the its surroundings and choral starting from the interpreters. 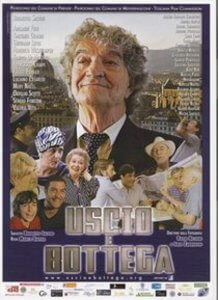 In this case, we have a testimony and a scene photo (with Antonio, Francesco Ciampi and Sergio Forconi) that come to us from the director: “In 2012, during the pre-production of the film Uscio e Bottega – says Marco Daffra – in the Tiring search for sponsors, we came to the Lenzi dealer in Prato who immediately expressed interest, also offering us the opportunity to involve Giancarlo Antognoni, his testimonial at the time. 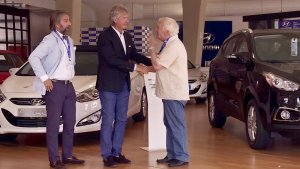 Giancarlo, come on, how wonderful … In childhood I was a great football fan, until Fiorentina sold my legend to Milan, Cavallo Pazzo, Luciano Chiarugi … I couldn’t cheer for Chiarugi (Milan), against Fiorentina and I couldn’t cheer for Fiorentina against Chiarugi (Milan) … sure if Chiarugi had stayed in Florence, can you imagine what a match? The legendary Antognoni n ° 10 and Chiarugi n ° 11 together in the same team! Returning to the film, I talk about it with Giancarlo and to my amazement and joy, he agreed with me, he too would have liked.

So we modify on the fly the draft of the scene to be played in the dealership’s premises, studying the lines with Antognoni himself, whom I will never stop thanking!”. Another proof of great kindness and availability …

Then there are documentaries, starting with that, rare, but more interesting for our purposes precisely because it is completely focused on our sample and its relationship with the city.

We are talking about Antognoni and Florence. A love story by Marcello Lazzerini (with the collaboration of his son Luca), from 1993, winner of the CONI Special Award at the Palermo Sport Cinema Review. Winner with great merit, as he tells with passion and documented fidelity the career of Antognoni with Fiorentina, but also the years of Lausanne, fundamental to understand how much the Viola fans loved him. A very beautiful and engaging slice of life, not easy to find. However, it can be found in the Mediateca Regionale Toscana, otherwise just organize something with the legendary Marcello Lazzerini, as we did on April 1, 2019, on the occasion of the birthday of the Unico 10 …

In 2015, as further proof of how much he is perceived everywhere as a Florentine and Tuscan character, Giancarlo Antognoni was chosen as testimonial and Cicerone for Tuscany for the television program Sei in un paese meraviglioso, broadcast on Sky Arte. His episode is the fifth. Other VIPs recruited for this beautiful initiative by Autostrade per l’Italia are Dario Vergassola, Eugenio Finardi, Gian Antonio Stella, Gaetano Curreri (among other things, a fan of Fiorentina), Bianca Berlinguer, Tiberio Timperi, Tullio Pericoli, Bianca Guaccero and Vincenzo Salemme.

Antognoni in the first episode highlights his role as the flag of Fiorentina and his special relationship with Florence, where he reaches the age of 18, to conclude with the affirmation of his life choice to live in Tuscany: “Who wouldn’t want live here? “.

In the second, Antognoni explains how the Florentines are temperamentally a bit difficult at the beginning for those coming from outside, but also how, with him, a feeling was immediately created, despite being a shy boy: “The city is small, it is easy to meet, especially for those who are footballers. The Florentine is hospitable if he takes your will: I have stopped playing, but it is as if I was still playing, they acknowledge that I have never betrayed Fiorentina or the city”.

In the last three short interviews of the Sky program, Antognoni, as a perfect Tuscan, hopes “that this territory does not lose its traditions. I often take turns outside the city, very beautiful, on the hills”. The whole conversation takes place on the green mantle of the Ugolino golf course, between Bagno a Ripoli and, above all, Impruneta: “With golf, I went back in a certain sense to the beginning: from a small green field to a very bigger. Anyway, my life at 60 is always marked by football, my world: golf is a hobby and football is my main profession”.

As a final confirmation (for now, maybe other films await us with him, who knows!) Of the indispensability of Antognoni when you want to talk about the history of football at Florentine and national level, we would like to point out three other participations in as many documentaries, whose viewing we highly recommend.

In chronological order, the overwhelming Paolo Rossi – A champion is a dreamer who never gives up (2019, Michela Scolari & Gianluca Fellini), which takes you back to the years in which the generation of the writer, from the anxieties for terrorism to the explosions of joy of adolescence and beyond and of the victory at the 1982 World Cup (thanks obviously to the protagonist Pablito for the emotions that – together with all that exceptional team, in whose game Antognoni has a fundamental role, although he sees a regular goal canceled against Brazil and cannot participate in the final due to injury, and to Enzo Bearzot and Sandro Pertini – he has forever stamped in our hearts). 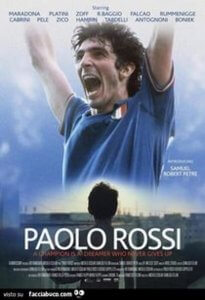 And then Cecchi Gori – Una famiglia italiana (2020, by Simone Isola and Marco Spagnoli), a really interesting film, which tells a father and son saga that has deeply crossed the history of Italian cinema and Florence, a saga of which Antognoni is an element central and decisive. 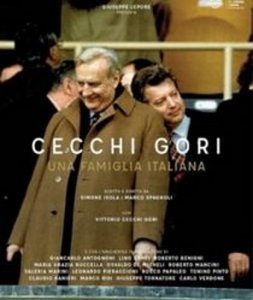 Finally, the exciting El Numero Nueve – Gabriel Omar Batistuta (2020, by Pablo Benedetti), with the Antognoni-Batistuta couple walking on the golf courses, regretting the age difference that did not allow them to play together: but think about it , Viola fans, have them both on the pitch? 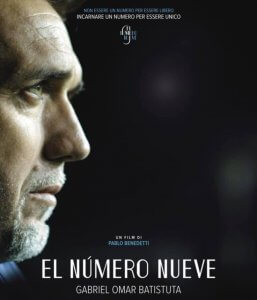