Having conquered Serie A, the Marquis Ridolfi decided on an impressive transfer campaign to face the new adventure.

The first choice was that of the coach: the Austrian coach Hermann Felsner, who arrived in Italy in 1920 at Bologna, where he remained until 1931, winning two league titles. In addition to the purchases of Giuseppe Bigogno, Antonio Bonesini, Lorenzo Gazzari, Gastone Prendato and two Uruguayans (the “Artillero” Pedro Petrone, Olympic and World Champion, and the defender Guido Laino who returned to Montevideo as early as January 1932) Felsner wanted two players he had directed to Bologna, the national midfielder Alfredo Pitto and the striker Antonio Busini. 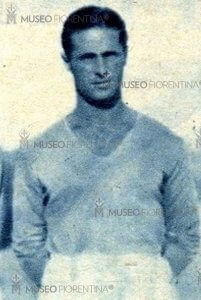 Born in Livorno on May 26, 1906, when he arrived in Florence he was one of the most popular footballers of the time. He had made his debut at a very young age, at just over thirteen, in the Pro Livorno which, in 1922, merged with the U.S. Livorno. Football on the Tuscan coast, with Livorno and Pisa, was the most representative of central-southern Italy and Pitto represented that school at its best.

The boy was a multi-purpose athlete, capable of running the hundred meters in 11″ 20, becoming the Allievi champion in Florence in 1926, the 400 meters in 52″ 60 and jumping 5.80 meters. in the long run, but also to win running laps and swimming competitions in his Livorno. 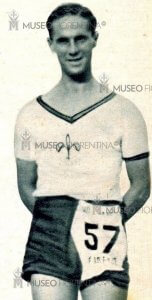 Alfredo had become one of the pillars of the Labronica team, whose symbol was Mario “Motorino” Magnozzi, but Livorno, in the summer of 1927, was in great economic difficulty. Even then, the only solution was to sell the best players. It fell to Pitto, which was bought by Bologna for 20,000 lire, despite an assembly held at the Cinema Margherita and a popular subscription to block its sale.

Pitto, set as a centre half, but flexible and capable in all the roles of the median, remained in Bologna for four seasons, winning the 1928-29 championship and becoming the holder of the National Team.

One of the first stars of Italian football

His first match with the Italy shirt was on 1 January 1928, in Genoa against Switzerland (3-2): “Never was his debut in the National Team so sensational”, Pitto “really made a show for himself and the crowd brought him in triumph at the end of the hard-fought contest”.

The headlines were all dedicated to him, capable of making his debut “with the impetus of a catapult”.

A few months later he was one of the protagonists of the Blue Team that won the bronze medal at the Olympics in Amsterdam, thanks to a median formed by Pitto, Bernardini and Janni who polished the eyes of all the technicians, the only European team to fight football platense, losing (3-2) to Uruguay in the semifinals. 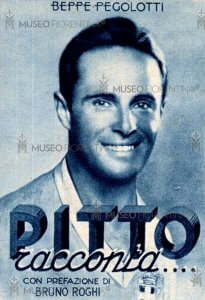 Pitto, with the Blue jersey, was the protagonist of a season that paved the way for the conquest of the 1934 World Cup, capturing the first important international successes: on 11 May 1930 the National Team, in Budapest, inflicted a burning lesson (5- 0) to Hungary, winning the first International Cup and on 22 February 1931 he beat Austria for the first time (2-1) at San Siro.

Great class, the result of technical mastery and exceptional dynamism made him one of the attractions of national football.

Pitto was full of anecdotes and stories centered on his wit, such as the one reported by Pier Luigi Brunori: “He had a system for mocking goalkeepers, and sometimes he put it into use. When a teammate took a corner kick, Pitto distractedly walked away from the goal area, pretending not to be interested in the action: on the contrary, he bent down, as if to tie a shoe. The companion knew the trick, and, in his shot from the flag, he leaned on Pitto unmarked: if it went well … he hit the target”.

“Of Pitto, then, it is good to know another: at the time when he had to go for military service, already twenty-six (he was a university student), he looked for a loophole in order to do nothing … of nothing. But the commander of the District, a friend of his family, said to him: Dear Pitto, you are too well known in sports to be helped: can you imagine what the newspapers would publish for an exempted Pitto? And then, he continued, the medical captain who has to visit you does not know what sport is and therefore he will judge you without favoritism. So, Pitto had to bow his head and go through the locker room (but not the stadium!). When he was … according to nature in front of the officer, he made him raise first the right foot, then the left one. The boy did not understand what was happening, but something warned him that not everything was normal. In fact, this diagnosis came out: assigned to sedentary services because bilateral flat foot art. 15, and therefore exempted from making the arrest pursuant to art. 108 of the T.U.

For an athlete of his sprint and his speed, already World Champion of the university football team, with 25 attendance tokens in the National Team, and with all the other sporting merits of which he was already honest, there was really something to laugh”. 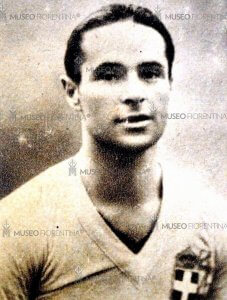 The technician Felsner, called to lead the Fiorentina, wanted him at all costs and Alfredo, “Cursed Tuscan”, accepted in a rush. The problem was represented by Bologna which conceded the transfer list at a high price (200 thousand lire, ten times what it had paid for it from Livorno).

He immediately became the protagonist of the viola group. In the retreat of Tarcento, in Friuli, the viola players awaited the arrival of Petrone and created a nice welcome, made up of music and girls. Except that the music was played by full-back Vignolini, with two kitchen ladles and an empty tin, while the girl was Picto, made up by Miss Universe 1932, holding a floral tribute made of celery, spinach and carrots, which she kissed Petrone immediately on the cheeks, dirtying it with a bright carmine red.

A few games at Pitto were enough to become a symbol of the Viola team: its name, spelled out by the fans, became one of the most rhythmic praises to Fiorentina. 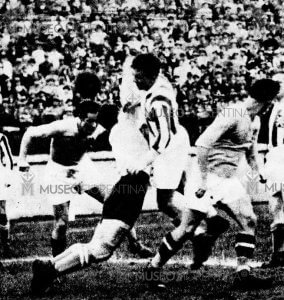 Pitto, played only two seasons in Florence (1931-32 and 1932-33) with 43 appearances and 5 goals – all in Serie A because in those years Fiorentina did not play any other official competition – holding the Viola team by the hand. sensationally imposed on the great national stage, coming fourth in the first championship played in the top division.

Together, and thanks to Pitto, all the players of the Viola median grew: on 8 May 1932 Pitto played in Budapest (1-1) with the National Team, while on the same day in Florence, Pizziolo, Bigogno and Bruno Neri made up the median of the national team B who defeated Hungary (4-2) B. It was precisely the growth of that extraordinary median that led Fiorentina, however reluctantly, to sell Pitto to Ambrosiana-Inter at the end of the 1932-33 season.

It was the nickname that photographed the promptness of reaction that Pitto displayed, when it was needed and also … more often.

“Character? Don’t you know who Characters is? It is Pitto, just Pitto in flesh and blood. Good son of course, but character in his own way. Now the sporting maturity has transformed him. But before? Do you remember what happened one day on the former AC Milan pitch in Viale Lombardia after a Milan-Livorno match? Pitto was a devil; he stood up to fifty. Maybe he took them, but Characterino’s head remained upright under the hurricane. He also made a great impression as a boxer” (“Il Calcio e il Ciclismo Illustrato”, n. 5/1932).

And the Pitto “Character” continued to show it, even long after hanging up his boots, as on the occasion of the 1954 World Cup in Switzerland, when the Technical Commission (Piola, Pitto and Schiavio) had the task of supporting the coach Lajos Czeizler and “Characterino”, due to a misunderstanding, became the protagonist of a fight with a coachman.

Alfredo played 29 matches for the National Team (including 5 while playing for Fiorentina) scoring 2 goals: He won the bronze medal at the Amsterdam Olympics in 1928; he participated as a protagonist in the two victories of the International Cup (1930 and 1935) and was twice University World Champion (1927 and 1928).