ACF Fiorentina Women’s Team was founded in 2015, with the name of Fiorentina Women’s, taking over from the Firenze Calcio Female club, which had existed since 1979.
Fiorentina was the first Italian professional football club to create its own women’s team, an innovative and important decision for the development of women’s football in Italy, followed by other clubs, starting with Juventus.

Having believed and invested in women’s football was a credit to former owners Andrea and Diego Della Valle and the management of the President Sandro Mencucci who was able to structure and enhance the youth sector by favoring the teaching of basic movement, fundamental for the growth of the team.

From the first year, starting in the 2015-16 season, Fiorentina Women’s were led by Coach Sauro Fattori, a former Viola player. They made a name for themselves with the contribution of goalscorer Patrizia Panico and other talented players, finishing the season in third place and missing out on qualification for the Champions League by just one point.

During the following season, 2016-17, Antonio Cincotta supported Fattori in the technical sector. Along with many renewals – Adami, Guagni, Bartoli, Caccamo, Orlandi, Tortelli – important players like Ilaria Mauro, Tatiana Bonetti, Alice Parisi, Elena Linari arrived at the club. The results are sensational: winning the league after leading from the first day, with 63 points (21 wins and one defeat) and also lifted the Coppa Italia, beating Brescia.

In this second year of the team’s inception, Fiorentina Women’s – still led by Mencucci – was the best side in Italy, bringing the Scudetto and the Coppa Italia to Florence. The interest in the Viola women increased dramatically, and many girls asked their parents to take them to play football, following the example of the young Fiorentina champions.

In 2017-18, the team participated in the Champions League. With elimination at the hands of Wolfsburg, the Viola, who finished fourth in the league, were a little disappointed. Yet they still won the Coppa Italia that year, by beating Brescia in the final.

The 2018-19 season was particularly intense. Having won the Italian Super Cup on 13 October 2018 versus Juventus, Fiorentina’s women lost to the bianconere in both the Coppa Italia final and also in the league. They would end up in second place, one point behind the champions, and once again qualified for the Champions League.

In 2018, the Italian Women’s National Team managed to qualify for the FIFA Women’s World Cup to be held during the following year in France. It was 20 years since they last participated in the tournament, therefore the “Azzurre” aroused the interest of the whole country. The passion of the supporters sustained Italy’s women in their prestigious journey which came to an end in the quarter-finals. This was a splendid result, achieved with three Fiorentina players as key figures – Guagni, Mauro and Parisi – as well as many other former Fiorentina players representing the “Azzurre” on the pitch.

From 6 June 2019, the Commisso era also began for Fiorentina Women, still with Mr. Cincotta on the bench as Rocco also assumed the presidency of the women’s team.

The 2019/20 Serie A season was suspended on 10 March 2020 due to the COVID-19 emergency, and subsequently declared over, despite having six matches left to play at the end of the campaign. Fiorentina finished second once again, handing Champions League qualification to La Viola.

On 13 July 2020, ACF Fiorentina announced that following Fiorentina Women’s had been officially incorporated into the club’s structure.

The new official name of the team was to be ACF Fiorentina Female as a new era had begun. Fiorentina’s women’s team was now perfectly integrated into the club. 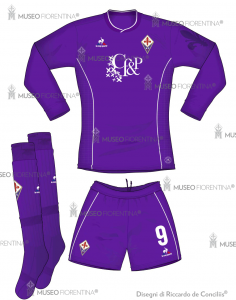 Fiorentina eliminated in the last 16 of the Coppa Italia by San Zaccaria.
The Primavera side won the Coppa Toscana and the Torneo Internazionale Città di Arco Beppe Viola. 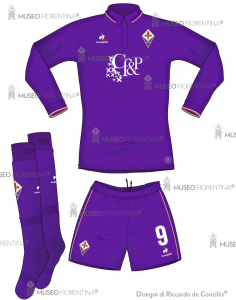 Fiorentina won the Scudetto and the Coppa Italia 2016-17.
The Primavera team won the Inter-Regional Championship and the Coppa Toscana. 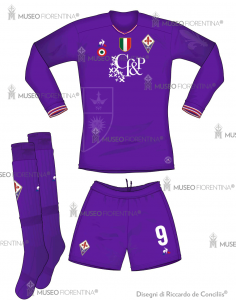 Fiorentina won the 2017-18 Coppa Italia.
Fiorentina lost in the final of the Supercoppa italiana versus Brescia.
Fiorentina were eliminated in the Champions League quarter-final by Wolfsburg. 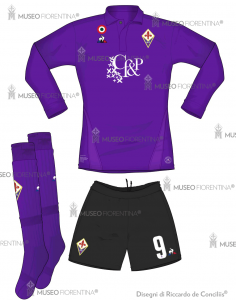 Fiorentina won the 2018 Supercoppa Italiana, beating Juventus in the final.
Fiorentina lost in the Coppa Italia final versus Juventus.
Fiorentina were eliminated in the Champions League quarter-final by Chelsea. 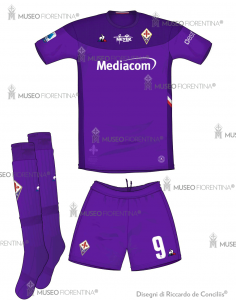 Fiorentina lost in the Supercoppa Italiana final to Juventus.
La Fiorentina were eliminated in the last 16 of the Champions League by Arsenal.
La Coppa Italia was cancelled without a winner due to COVID-19. 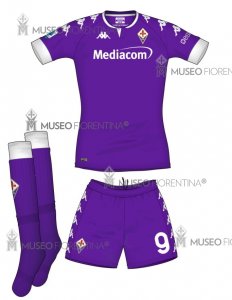 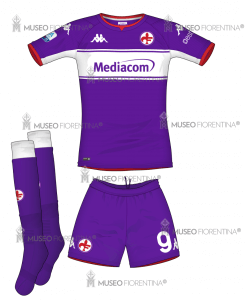