Fiorentina, led by one of the legends of pioneering football, Guido Ara from Vercelli, are winter champions and remain in the fight for the title until almost the end of the championship, despite the serious injury that took Morselli away for more than half the championship. The third place in the standings gave him the right to his first international experience, with participation in the Central European Cup which ended in the quarter-finals with the elimination from Sparta Prague. 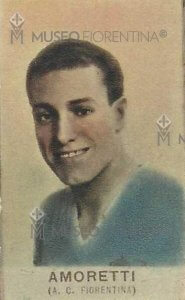 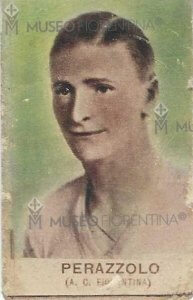 Goalkeeper Ugo Amoretti only played for two years in Florence, here with Bigogno and Perazzolo, two of the columns in the midfield, and forwards Prendato and Carlos Gringa, the only Uruguayan who had settled in Fiorentina to whom he remained tied all his life. Davit, like Zaini, produced Chocolate and Candies, and was from Turin. 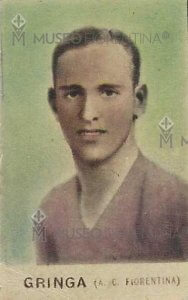 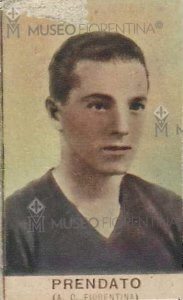 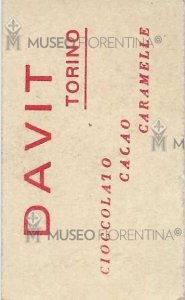 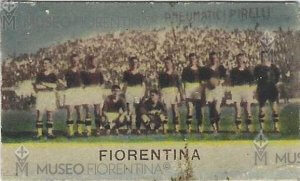 Job, on the other hand, manufactured cigarette papers – the elongated shape of these cards is explained precisely by this characteristic of the packaging – here are the cards of Lorenzo Gazzari and the median Bruno Neri.

This is an Amoretti card produced by Zaini 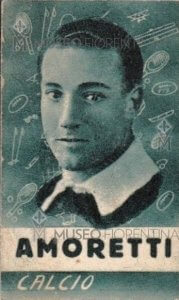 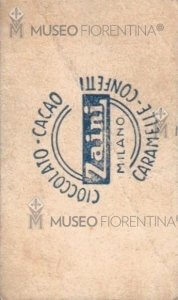 Perazzolo’s figurine is in an Album published by Vecchi of Milan “Assi del Ciclismo e del Calcio” with 48 stickers 6.5 x 9.5 cm. on light paper and is the only Fiorentina player present. The stickers were given free with the comics published by the same Publisher. It is interesting to note that with this album the publishing house, whose owner was Lotario Vecchi, made its debut in the world of stickers. After the war, Vecchi, with the company name of “Lampo”, became one of the most important producers in the sector. 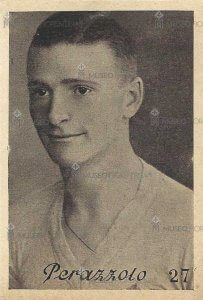 The decline began, caused by Ridolfi’s economic difficulties, with the first major sales and the entry into the first team of many young people. The purple backbone was still guaranteed by Renzo Magli, by the great median (Pizziolo, Bigogno, Neri), by Morselli, Scagliotti, Perazzolo and Gringa. Fiorentina finished the championship in 12th place. 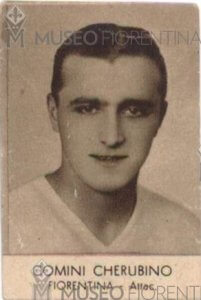 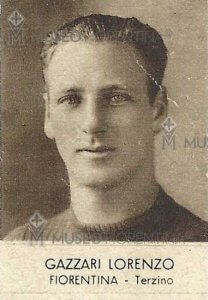 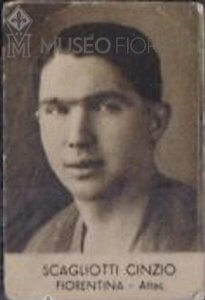 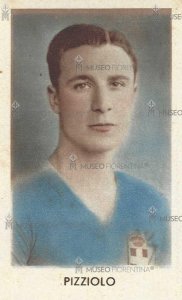 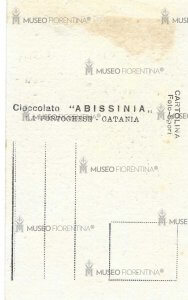 Pizziolo, with the national team jersey, published by the Abissinia Cioccolato of Catania (6.9×9.8 cm.) 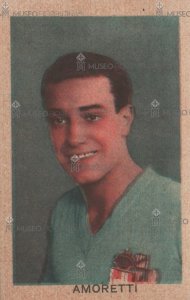 and Amoretti figurine of the Felsinea of ​​Bologna Azienda Dolciaria. They are both larger in size and made of card with a postcard back – they are called postcards. 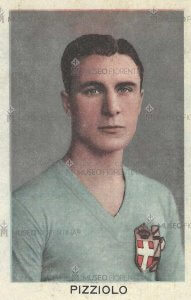 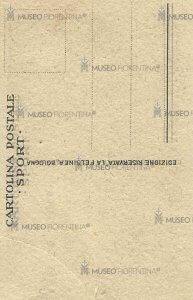 Pizziolo again with the national team jersey in the Felsinea edition (6.9×9.5). 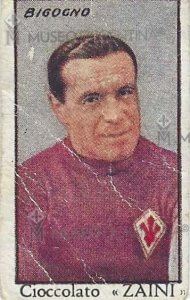 These are the stickers of the “Guerin Sportivo”, a sports magazine which still exists today. The caricature figurines are signed by Carlin, pseudonym of Carlo Bergoglio, a well-known Piedmontese journalist, but also a draftsman (and painter). 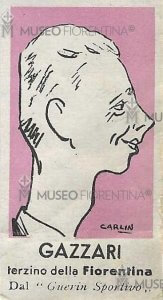 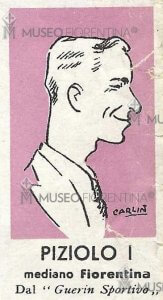 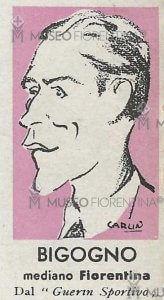 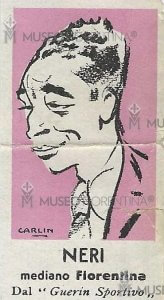