200 …. are the appearances in Serie A with the Viola jersey of the boy from Treviso; the stopper for exellence of Fiorentina in the Eighties. 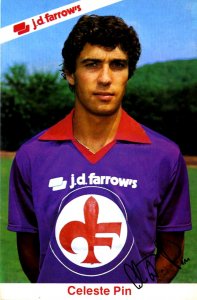 As in the best tradition of the previous viola center scorers (Brizi, Galdiolo, Guerrini) he arrived in Florence very young, even without going through the youth academy, in the summer of ’82. He had a task that to define ungrateful was little: not only to replace the strongest and most beloved number five of the last forty years, namely Pietro Vierchowod, but also to play alongside the most famous Libero in the world, already world champion, captain by definition. of the Argentine national team, Daniel Alberto Passarella, who has just arrived in Italy. 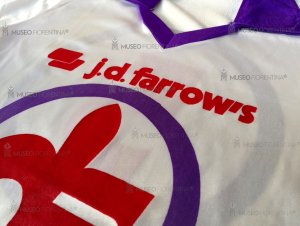 Fiorentina had chosen a clear line with their DS Tito Corsi; since it was not possible to keep the strongest of all (Vierchowod was only on loan from Sampdoria), he turned on a great free foreigner and at the same time on the most promising stopper of the Under 21, already in the orbit of Azeglio Vicini’s selection. The boy had already made himself known in Serie B, but above all at just 19 years old in a very complicated Perugia championship with an attached penalty, marking and making every Serie A striker chew bitterly, Bettega, Pruzzo and Graziani included.

The beginning was not easy, because the Fiorentina match of 82-83, after the mockery in Cagliari the year before, was forced to start from pole position to win the championship; but the defense, changed for three quarters, required not short settling times; and the enormous effort in adapting to Italian football in the first four months of Passarella weighed heavily on the first performances of the young viola curly-haired man. But at the end of the first round, with the Argentine free entry in condition, Pin took the measures and definitively put on his shoulders the glorious number five shirt: not very tall (1.81 cm), very agile, capable of great concentration, with a true seventies scorer school, he was also very intelligent in understanding the opponent’s game as well as it was beginning to be required of a modern defender. In a short time he became skilled in anticipation, in exchanging the markings with the other brother in the department, Contratto, but also able not to throw the ball away and indeed to leave the area with authority to lean on the midfield when he had to restart; in short, at the end of that first championship, Fiorentina was sure to have settled in the role. 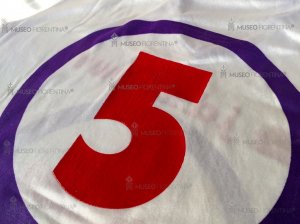 Everyone was convinced of Celeste’s skill the following year (probably one of his best tournaments) when Picchio De Sisti decided, to everyone’s disbelief, to make the department of Pin, Contratto and Passarella the protagonist of an experiment: there were so many good midfielders, who decided to let them all play, removing a defender. Pin then took no. 2, Contratto no. 3 and Massaro no. 5. Renzo and Celeste played, led by Passarella, an innovative defensive football that only Anderlecht did at the time, in a mixed area that allowed Fiorentina to constantly attack and hold the ball, with our very brave defender always finding himself in one-on-one, with the attacking opponents.

How important Celeste was we realized the following year, because for the first time (he always very present) he found himself having to skip the entire first round due to a bad injury: the result was a total collapse. Fiorentina in defense, with the difficulty of replacing him with all the other teammates.

When Aldo Agroppi arrived in 1986, playing traditional football, but full of pressure, Pin, still very young, was now ready to play as a protagonist in many defense modules; and it was in fact in that year that with his team mates (and also thanks to an extraordinary Giovanni Galli) he established a new record: only 3 goals conceded at home, with zero defeats. It was more complicated later, because Eriksson’s arrival provided the pure zone that Pin was not used to; but even on the occasions when he wore the shirt to replace Battistini or Hysen he never gave up. 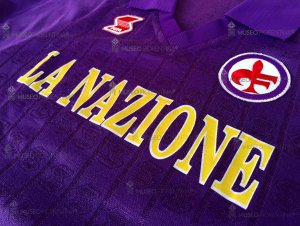 Arriving in 1989-90 he then managed with Giorgi and Graziani to have his most beautiful matches, right in the UEFA Cup, in a very complicated European context and with extraordinary champions played: Baltazar, Salenko, Protasov, Kovács, Riedle, and then Casiraghi, who thanks to a shameful refereeing in Turin he went to commit a gigantic foul on Celeste, scoring the most disgusting goal in history. 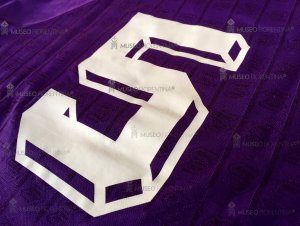 The following year, on the threshold of thirty years, with a new owner (he was very close to the Pontello family) and a Brazilian coach, Lazaroni, Pin’s career ended definitively in the viola jersey. But his grit remained, his heart, his attachment to colors, the desire to never give up, and even some of his goals: very few, but all incredibly important; in the first year with Verona, which avoided a heavy defeat at home; the one with Milan, in 1987, also in Florence, to start a desperate comeback after a first half with the Rossoneri ahead by two goals; and finally also one in Europe, an authentic Eurogol, a crazy scissor kick from the center of the area, under the Fiesole, to beat the Lusitanians of Boavista.

One of the last real defenders, one who would never give up for the viola shirt, to the last drop of sweat.