Giovanni Galli turns 63 today. 323 total appearances in Fiorentina, of which 259 in Serie A; one of those to always be considered “The Goalkeeper”: for what he lived, for the great Florentines he was a part of, for what he could have won and then won, as often happened to others, with another jersey. 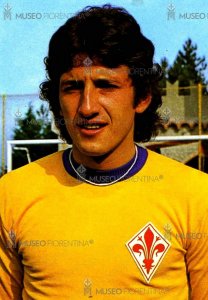 It is still striking today, in retrospect, that he was so strong, right from the start, at just nineteen; in fact, can a boy not yet twenty, still in his infancy, all to be trained, almost alone save the history and face of a great team like Fiorentina? It was possible? Yes, it was possible. Because when Giovanni became the holder of Fiorentina (at the Comunale di Bologna, today Stadio Dall’Ara, on 27 November 1977, after taking over from Juventus on 23 October 1977) the viola team was last in the standings and suffered of goals every Sunday. The bony, long-legged young goalkeeper of Pisan origins took up the Fiorentina gate and from there, for nine years, he was the absolute bulwark in defense of us all; and precisely in that first championship he was decisive every Sunday: with Antognoni often out of action due a pain at a foot, with a broken defense, in a team terrified by the Serie B, he pulled off memorable performances, saving Fiorentina every time it seemed to sink definitively. Thus it was that the purple club found itself at home, directly from the Primavera, the one who in the space of a year had already become, for the Italian press, the heir of Zoff. 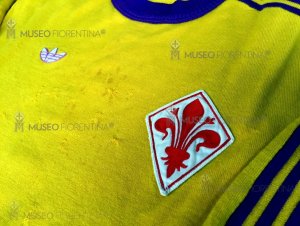 Galli, however, grew a lot in Carosi’s next two Fiorentines: very tall for the time, gifted with courage, with a great sense of position, he also had, despite the long levers, an extraordinary reactivity that made him perform, in every match, always a couple of miracles, both on low and mid-height conclusions; in short, at the dawn of the eighties, it was in effect a mix that combined the characteristics of the great school of Italian and Florentine goalkeepers with the new qualities required of a modern goalkeeper. 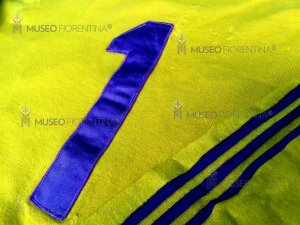 When the new ambitions of the Pontellos arrived, Fiorentina had two great players who were immovable and already at an international level: one who had been confirmed for years, Antognoni, and the other potentially extraordinary, precisely Giovanni Galli.

From then on, the joys and pains of the experience of the last great Florentine family at the helm of the Viola are one with the great Galli championships, always at the center of defenses, between 1980 and 1986, very strong first positions due to the low number of goals conceded, with major players alongside (Passarella, Vierchowod, Galbiati, Contratto) and since 1981 always in the running either to win the championship or in any case to win a place in Europe. 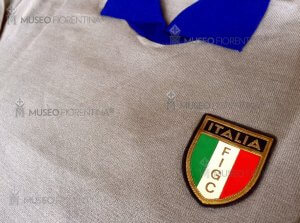 In the 1981-82 season, when the Scudetto escaped Fiorentina only on the last day, with controversial refereeing episodes, Giovanni became World Champion in Spain with the National Team along with four other Viola players: Antognoni, Graziani, Vierchowod and Massaro. 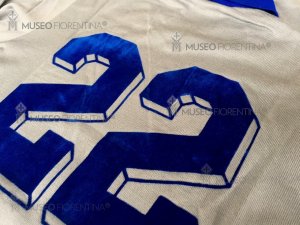 But one feature makes Galli a probably unrepeatable protagonist: the fact that to score him in Florence it took a feat or something similar, because between the posts under the Fiesole or those of the “Ferrovia”, it was almost impossible to pierce him: one number is emblematic: since 1980 he has been playing at the Comunale almost always (he skips two matches only in 1985-86) for a total of 88 games, conceding goals only 51 times: with some streaks of incredible matches: no goals conceded in the whole second round 1981-82 and only two suffered in the entire 1985-86 championship. At the end of last year, at the height of his abilities, the decision to go to Berlusconi’s court with the Rossoneri signaled the end of the great ambitions that had characterized the Pontellos.

Great satisfactions awaited Giovanni, far from Florence, but also some sporting disappointments: being the protagonist of the most exciting AC Milan cycle ever on the one hand, but also losing the National Team suddenly in a disastrous world cup (1986) for the National Team and with an absurd dualism with the Romanist Tancredi (much inferior to him) created foolishly by the last Bearzot. We like to think that all those extraordinary trophies, won in galactic teams, never had, for him, the taste of one of the countless potential victories missed by a whisker (for many factors) in his stadium, with the Curva Fiesole that at the beginning of the second half, when he took his position on goal, he sang his name on time: “Giovanni Galli”.