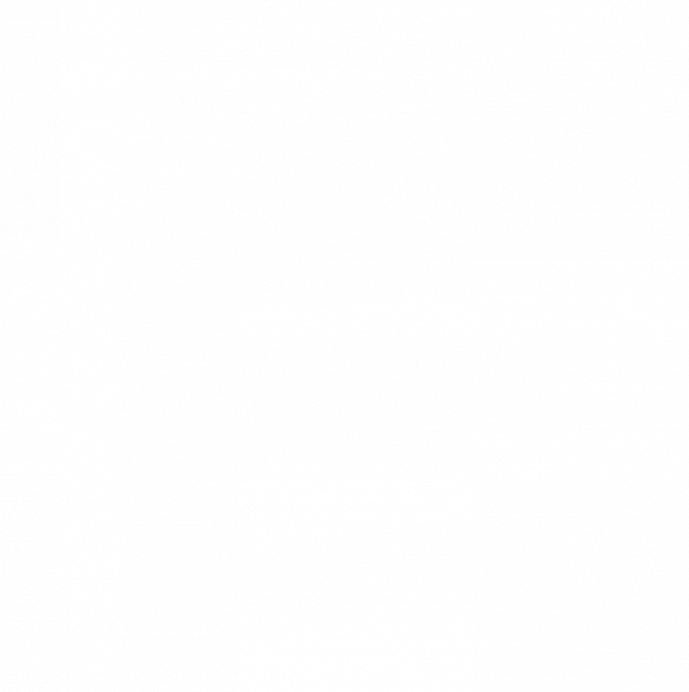 WHEN GALDIOLO TAKES OFF THE SHIRT

It rained that day, all the water in the sky on the Olimpico in Rome, at the time still completely uncovered in every sector, even – a plastic representation of extreme sporting democracy – in the Tribune of Honor.

It was May 4, 1975, the third to last of the league, and I was happily soaking my almost eleven years away in that deluge, next to my father and a dear friend of the family. I was a little upset when, outside the stadium, a man from Lazio politely advised my father to “hide the child’s purple scarf under his jacket”. Mirror of changing times (the rocket that killed Paparelli in the stands before a Roman derby is from 1979), but never mind: inside the stadium I pull out the scarf again and “viola alé!” 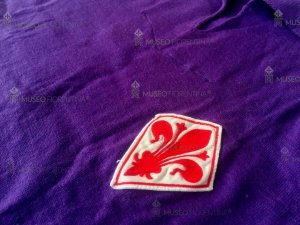 It had been a disappointing championship for both: Lazio only fourth in the end, Fiorentina just eighth, who had started with great expectations with the arrival on the bench of Paron. But then in June the gigliati, after Rocco’s farewell at the end of the season and with the guidance of Mario Mazzoni’s big purple heart, will win the Italian Cup in that same stadium in Rome, beating Milan in the final in extra time (3 -2). But this is another story. 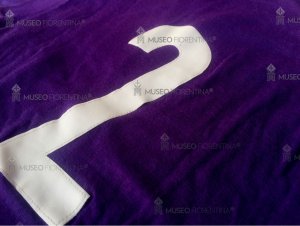 The story, on the other hand, of that Lazio-Fiorentina of ’75 would have been rather anonymous and insignificant (a goalless draw after all just for what we had seen on the pitch), had it not happened what happened from the ninetieth minute onwards.

It was the legendary Lops referee of Turin (the refereeing section of Turin, moreover, has a well-established tradition …), a debutant in Serie A, who kicked off the events, decreeing the most improbable and absurd penalty ever and making there on his own onomatopoeic surname of the most sensational and obvious errors.

In the pouring rain, while Superchi was preparing for the classic high postponement waiting for the final whistle, Wilson slipped into a puddle and fell to the ground …, penalty! After a first moment of understandable bewilderment (“But did the end whistle?” “I only heard one whistle …”), the protests were vehement and took on epic tones when some Viola players decided to leave the pitch to rejoin the locker rooms.

And here comes the real hero of the day, a gentle-looking blond giant, Giancarlo Galdiolo known as “Badile”, born in Villafranca Padovana on November 4 (the flood and Florence in destiny) of 1948, a surly and resolute defender, who when postponed, really postponed: once at the Comunale of Florence he sent the ball over the roof of the Covered Tribune and someone even swore to have heard a shattering of glass beyond Viale Fanti (but this last detail, perhaps, is just a legend).

Now there he is, Badile, in the water and in the wind, which in protest takes off his shirt and goes around the field shirtless, forever icon of an extreme protest against extreme injustice. The referee expels him – from a distance, out of prudence – and he doesn’t even notice it; so much so that after Chinaglia’s penalty – rejected by Superchi, but countered on the net by the Lazio center forward – he puts his shirt back on and returns to the field as if nothing had happened.

He also has time to touch the ball, before the triple whistle. Lops, in total confusion, does not notice anything. The technical error is obvious, but the match – ça va sans dire – will not be repeated. 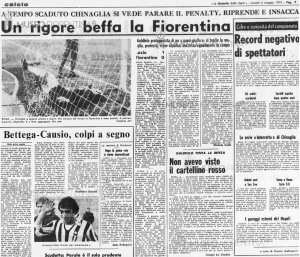 Giancarlo Galdiolo, ten years in the viola, over two hundred appearances and three goals, of which two decisive in the season – 1977/78 – of the salvation on the last day, is gone today: he is gone, as a viola fan, on 8 September 2018, after a long and painful illness.

But we still like to think of it as that day, walking around the camp under the flood of Rome, bare chested, face to the wind and in my throat who knows what thoughts or words.